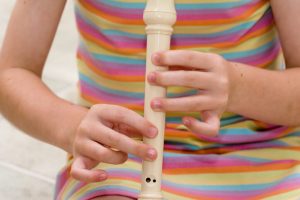 Arrrrrrrhhh, the eighties. I just cannot resist getting all nostalgic when I reflect on how things were just so…simple.

It started when my daughter asked if she could have the shoes with wheels for her next birthday. We are having this conversation very early as her birthday is not until November. She said with a huff and a puff “Oh, that’s ages away. It’s sooooo unfair”. At this moment, I felt I should remind her how lucky she would be to have shoes with wheels. I mean, come on, if you could have told me I could have had shoes with wheels when I was six years old, I think I might have fainted from excitement. Really, wheels…in your shoes? And what about scratch and sniff stickers? That brought me hours of fun. Best thing ever.

And don’t get me started on the iPads. We have them all over the house and yes, they are a god-send but I am slightly concerned with how obsessed my children have become with them. I read recently on how Steve Jobs famously banned his children from watching the device he had invented. In a Sunday article, New York Times reporter Nick Bilton said he once assuringly asked Jobs, “So your kids must love the iPad?” Jobs responded: “They haven’t used it. We limit how much technology our kids use at home.” In Silicon Valley, there is actually a trend of tech execs and engineers who shield their kids from technology. They even send their kids to non-tech schools like the Waldorf School in Los Altos, where computers aren’t found anywhere because they only focus on hands-on learning.

How do I explain to my children that we used to have limited television time and there were only four channels? They really have no idea how fortunate they are.

Please can someone also explain why pretty much, every child from the eighties spent hours learning the recorder. Hours upon hours were spent learning London’s Burning. I think if you gave me the opportunity, I might still be able to play it now. But really, who needs to be an expert in playing the recorder in later life? Why on earth did that happen? I wondered if, when we weren’t allowed to watch the television, my parents must have asked me to go to my bedroom and play the recorder. And the crazy part is, I probably did. Isn’t it the worst sounding, out of tune musical instrument you can bear to think of?

If I ask my daughter to go to her room it might take me a few attempts. At times I have moments of control and at other times, I fear I have no authority getting my children up the stairs. On other occasions, just getting my four-year-old to hold my hand whilst crossing the road is an exhausting experience. It feels like Russian roulette every time we go out. Come on Guilty Mothers, were we ever such pickles as children? I don’t think so. Maybe I look back with rose tinted glasses.

Perhaps eighties mothers were not as uptight as we are. The stresses and strains of everyday life and work just seem to overwhelm us and it’s really hard to break the cycle. Many friends I talk to have an experience they can share of a parent leaving them outside a shop or supermarket. I mean, I least I haven’t managed to leave my son at the checkout by accident (yet). I often forget many things, but were possible a quick head count is always advisable!

My dad loves to tell the story of the time he left me as a baby outside a shop in the town centre. He had driven all the way home and left me in the cold, outside the shop. When he got home, my mum said “where’s the baby?”. As you can imagine he swiftly got in the car and drove back. I was still there, in my buggy. Just waiting. Apparently it is a term of endearment, but my father tells me I used to look like Nick Nack from James Bond as a small child. Perhaps then, someone just wasn’t brave enough to take me that day.

So limited iPad time is back and I will do my best to sit a restaurant for at least ten minutes (fifteen would be a push), before the children start getting grumpy and I resort to extracting an iPad from my handbag.

P.S – The recorder recital is at mine on Tuesday. We are practicing something new. Dance of the reed pipes from the Nutcracker.