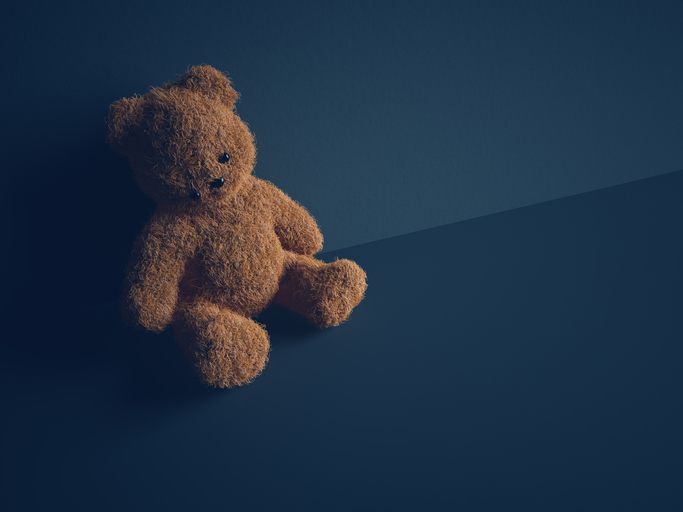 In this week’s blog, I wanted to open the conversation on a difficult topic. The death of a child is devastating and often referred to as the worst experience a parent can endure. I can barely imagine the intense grief as parents digest the finality of never seeing their child again and the loss of future hopes and plans.

Some emotions of grief can be shared with others, while other intense feelings of loneliness or guilt which may never be put into words. Some parents may need to talk a great deal about the loss and the pain, while another may become quiet and withdrawn. Gary Anderson reached out to me and it was an email I could simply not ignore. He wanted to talk about his experience and I gave him my platform to share his, very personal story. It was a brave thing for Gary to do. Even more so, Gary has written a book which has been published this week, on 4th March 2021. ‘Daddy & the Two Bears’, available from all good book stores. Congratulations on your book Gary, and I really hope your book will help others.

No parent should have to go through losing a child, but as we know, that reality is tragically ever occurring. Both of my twin daughters died in 2003, three weeks apart. My loss may have been nearly eighteen years ago, but for me, real grieving didn’t begin until 2017 when another tragedy, my wife being diagnosed with breast cancer, tipped the balance and my grief poured out.

It was then that I decided to write down my experience of the times and events around my twin daughter’s deaths. I didn’t know where it would lead and at that point, only imagining sharing it with my wife to express to her how I was feeling back then. Whilst writing, it occurred to me that there were probably hundreds, if not thousands of dads out there who might have also spent years holding in their grief like I had.

With this at the forefront of my mind, I knew I wanted to turn my memories and experiences into a book for others to read – for dad’s like me, partners like my wife, families, friends, medical / mental health professions even, anyone really who would benefit from gaining an insight into such a tragic situation. So, my first book, ‘Daddy and the Two Bears’ was born, and over three years later, it has finally been published on Friday, 4th March 2021.

The book will carry you through the joys of finding that my wife was pregnant – being presented with a gold box containing a ‘positive’ pregnancy test – to then finding out at 11 weeks that we were having not just one baby but two; through to the journey of them becoming Twin 1 and Twin 2 and later, twin girls called Alana and Dana. But first they were ‘The Bears’, a name I affectionately gave them early on in the pregnancy. It’s often said that nine months gives you time to get your head around having children. You prepare. You tell your friends. I couldn’t wait for them to arrive so that I could fill them with the love and support that I felt I never received as a child. I was also struggling with my own mental health issues at this point, issues that had been plaguing me since childhood.

All seemed to be going well until one day a scan showed that all was not going well at all. From this point, the raw emotions that I felt were so real. I tried to keep them in but sometimes they oozed out, mostly presenting as anger, my go-to. I hadn’t a clue how I was meant to feel, how I was meant to act – every day and every new scan telling us more news about our little girls. Six months later and three hospitals later, they were born, and for them to be alive was an incredible feeling. They’d made it, and I was their dad. However, what followed still remains the most devastating time of my life – as I’m sure it is for anyone who has experienced the death of a child(ren). There feels like there isn’t a light at the end of the tunnel – or ever will be – but my story shows that eventually things did begin to change for me in a more positive way, that my light did begin to flicker again.

As a counsellor myself now, my hope is that the book opens conversations, especially conversations that have been hidden under a veil of grief or tragedy. I wish for it to support others to learn, become aware and share.

Thank you Gary for sharing your story on Guilty Mother.

If anyone would like to connect with Gary, you can reach him on LinkedIn here.