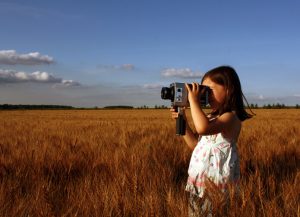 We all love a good, uplifting kids film.

Everyone sitting together either at the cinema or at home with a tub of popcorn, ready in anticipation to enjoy another kids’ movie. When we first went to see Frozen, my daughter really enjoyed it. In fact, it wasn’t just my daughter, every four to seven-year-old girl in the land seems to have fallen for the curse of Frozen. Don’t get me wrong, boys like it to, however, in my view, our girls have just been overwhelmed by the seduction of the Frozen brand. My daughter was wrapped up in a frozen bubble for what felt like a year. All she wanted for Christmas was the ‘Elsa’ talking doll. “Ok darling. I’m sure Santa will bring that for you if that’s what you really would like”.

I spent days scouring the internet and numerous toy stores for this damn doll and it was completed sold out. It was the first time I had genuinely come across the ‘must-have’ christmas product that was unavailable. So much so that it even reached the news! Never had there been a product that she wanted so much. More fool me, but I ended up buying this doll from a store in America and had it shipped over. So this doesn’t sound over indulgent, this was going to be her ‘main’ present and the only thing she said was on her wish list, so the pressure was on.

Christmas came and it was indeed; the moment of glory. She opened the gift and at first, she loved it, she cuddled it but within 24 hours, Elsa had been abandoned to one side. Yep. We’ve all been there. Working so hard to make Christmas just perfect for them and in all honesty, they couldn’t give too hoots about the presents. It’s all in the anticipation of the ‘opening’ and then the moment is gone.

One month later, I had noticed poor Elsa shoved into a storage box in her bedroom. I asked my daughter why she doesn’t want to play with Elsa and she she simply responded “I don’t really like Elsa anymore mummy. I hate Frozen”. Is my daughter the only girl on the planet who hates Frozen, as that is how it felt? At first I thought, that was abit harsh. It’s just supposed to be a heart-warming movie. However, in a way, I was strangely relieved when I realised that I could ‘let it go’ and the overwhelming amount of merchandise would be leaving our home once and for all.

As Elsa was not longer loved, I secretly bundled her and numerous other cuddly toys bound for the school summer fete. At the fete, my daughter happened to notice “oh look mummy. There’s an Elsa doll like mine!”. I daren’t tell her it was hers, now being sold for 50p on the teddy tombola.

In fairness to Frozen, the concept of the movie to have two girls as the lead roles was really positive in this changing world. I thought it was smart move to make the boys slightly awkward and vulnerable at times instead of the girls. So, I was thinking, this is great for girl power right? Or is it? I asked my daughter what she didn’t like about Frozen and she said that she just found Elsa really annoying. Now I come to think about it, she’s right, Elsa is annoying.

So if Elsa has an irritating persona, is that her fault or down to her parents? Many people say we are our parents. It’s a scary thought and if you’re sitting there thinking, that’s crazy, I’m nothing like my mum or dad; take a moment to look a little deeper and you might just surprise yourself.

So is Elsa the way she is because of poor parenting? I mean seriously, locking her in her bedroom for ten years. Yep, good parenting. Oh, and she’s got magic fingers, so let’s not take her to see a specialist, we’ll just apply gloves. That will do it. They were so mean to poor Elsa. No wonder she’s damaged!

So why is Elsa the lead when she barely features or says a word throughout the entire film? The film mostly focuses on Anna, Kristoff, Sven and Olaf trying to get to get Elsa back from her ice castle. The main reason everyone loved Anna was because of her clumsy but confident approach to life and how she used humour to get the best of out situations.

So if your daughter says she hates Frozen, tell her that’s OK. In fact, if you’re looking for a good ‘girl power’ role model, I would suggest you check out Judy Hopps from Zootropolis. In my view, Hopps seriously puts Elsa in the shade.