Time-Out (for Parents, not the kids)

Time-Out (for Parents, not the kids) 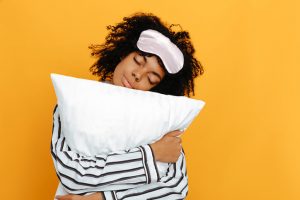 When you say to your children ‘go to your room!’, wouldn’t you secretly love it if someone told you that? I would happily go and sit in my bedroom, on my own, for at least 30 minutes; I may enough nod off! But in all honesty, can you remember the last time you had a duvet day or a day ‘just for you’? I know; it’s hard to recall isn’t it. If you think about having a day in bed you know, there’s only one reason why you would do that. You’ve probably got norovirus. Man, that thing sucks.

I’m been thinking hard recently about how our physical health and our mental health are so vitally connected. It may seem obvious but how many of us actually feel like we get a break. And it’s not just the parents, there are also concerns over the mental health of our young girls from many reports I have read in the news. According to a recent report published in The Telegraph in August 2016, mental health problems are a growing concern. Studies show a worrying rise in mental health problems among teenagers in the UK. According to the Department of Education, which spoke to 30,000 pupils aged 14-15, more than one in three teen girls suffer from anxiety or depression.

So, as we become acutely aware of these concerns for our children, why can’t we seen to find the time to focus and look after ourselves a little better? I as write this, I’m conscious I’m writing about myself. In one of my recent blogs I wrote about being on the ‘treadmill of life’ and that’s exactly what it feels like. But what if we want to get off the treadmill and how on earth do we achieve that?

We continually juggle schedules, after school clubs, homework, meal times, laundry and our own sanity. It can sometimes make us feel like we are actually running at a standstill. And why is this happening? Is it simply modern parenting that tells us that we increasingly just need to do all these things? So maybe we just need a day off now and again. But how could I tell my husband I was taking the day off. This becomes increasingly hard as if the other half has been working all week, he’s craving a ‘day off’ too.

Last Friday when I would normally disappear to the office, I decided to drop the kids at school and drive straight to Bluewater shopping centre. I told myself I had a good reason to go. Not that I needed a reason but ‘guilt’ was setting in. I could have taken my mum; I could have gone with a friend but I desperately craved to be on my own. I sat in a cafe and penned a blog. The restaurant was empty. I watched the mums and dads scoot around the centre with their babies in buggies and I remembered how that felt. I felt quite relaxed and walked at ease around the shopping centre, aware that I didn’t need to buy anything. All I needed was time on my own. I bought nothing for myself other than treating myself to breakfast and I left feeling so much better. So, perhaps that was the point. The fact that I felt better. I felt less stressed than when I arrived and felt gave myself some space to digest some of own thoughts.

So no guilt is necessary here. I left it at home that day. When I told my husband that evening I had been to a shopping centre he quickly enquired “did you spend much money?” to which I replied “no. Actually. I didn’t. In fact, I bought nothing”. He seemed a little confused and perhaps…quite relieved.

So on a closing thought, it would seem correct that, in order to take the best care of someone else, you have to first take care of yourself.