What are the rules about leaving children home alone?

What are the rules about leaving children home alone? 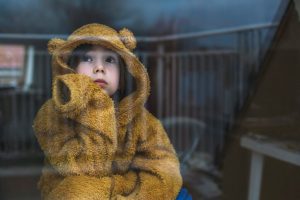 It is hard to believe that a parent is arrested every day on suspicion of leaving one or more of their children at home alone, new figures reveal. At least 105 mothers and fathers faced criminal investigations for leaving their offspring unsupervised in the final three months of last year, research by the Press Association has revealed.

Cases involved children aged from just a few weeks to 14 years old. It’s quite shocking. However, what is even more worrying is the fact that the law does not specify an age at which parents can leave children alone, but those who do can be arrested and prosecuted for cruelty and neglect if it places them at risk.

Figures provided by police forces in England and Wales following Freedom of Information (FoI) requests showed that 30 of those arrested were released without further action, 24 accepted a police caution but only 19 were charged.

The NSPCC has revealed fears over hundreds of children being left home alone during the summer holidays. The leading children’s charity fighting to end child abuse in the UK, has revealed that contacts to their Helpline about this issue last summer were up 36% on the previous year. They received 1,294 calls and emails between July and September last year from adults across the UK with questions or concerns about kids being left unattended. This compared to 949 contacts received in summer 2015.

“Deciding if a child is ready to be left on their own can be a very difficult decision and the summer holidays can be a difficult time for parents and carers as they face increasing childcare pressures,” said NSPCC’s chief executive, Peter Wanless.

I was so taken back by the figures in this article, that I contacted the NSPCC and asked if they were happy for Guilty Mother to share their advice on deciding if your child is ready to be left home alone. By sharing more information on this subject, I hope, together, we can keep more children safe.

What is the NSPCC’s advice on leaving my children home alone?

What should I consider before leaving my children home alone?

If you are considering whether to leave a child on their own for the first time this summer, the NSPCC has further advice on their website:

If you notice a young child at home alone and the situation doesn’t seem right to you, please contact the NSPCC who can give you clear guidance on what to do. Or if a child is in immediate danger, do not delay calling the Police on 999.