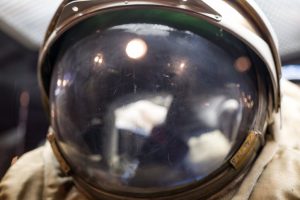 I had been waiting for the movie, ‘Wonder’ since I first heard about it and posted the trailer on my Facebook page many months ago. I had almost forgotten about it until I was contacted by an agency and asked if I would like to attend a private screening of the movie. I was so excited and was really hoping it would live up to my expectations. Especially, as it stars one of my favourite actresses of all time, Julia Roberts. Even my daughter is named Erin (after Erin Brockovich) as I just love that movie. The ending has me in tears every time.

As Wonder is a movie focused around family and kindness, the event was hosted by Purearth who were launching their Mini Mighty Me shot for children. A coconut charcoal in a 100ml bottle that really packs a punch! Mini Mighty Me contains a huge concentration of minerals and vitamins, particularly vitamin C and E. This antioxidant can help to repair and protect cells, boosting overall immunity in the body.

The private screening was hosted at the beautiful Charlotte Street Hotel part of Firmdale Hotels. The Charlotte Street Hotel, situated just north of Soho, is surrounded by a host of bars, restaurants and cafes. From the outside, you would never know, but the hotel’s lower ground floor contains a state-of-the-art screening room, which can accommodate 75 people. Perfect for today’s special screening of Wonder.

The movie, Wonder is based on the New York bestseller of the same name, which tells the inspiring and heartwarming story of August Pullman. Room’s Jacob Tremblay stars as August (fondly known as Auggie), a 10-year-old boy with a facial disfigurement, in this adaptation of the 2012 novel. Homeschooled up until this point, his parents (Julia Roberts and Owen Wilson) decide to send him to middle school, where he is picked on by a pack of pre-teen bullies. It’s hard not to feel a lump rising in the throat when Auggie cries “Why do I have to be so ugly!”, in response to the casual cruelty of his classmates. But for me, there are so many heartwarming, uplifting elements of this film, such as the stand-out, special friendship with Jack Will. I loved it.

Many of us have felt the anxieties of going to a new school, so it’s easy to understand and relate to the nerves Auggie feels when he makes the leap to middle school. Underneath, we all just want to make friends, be excepted for who we are and how we look. Auggie’s extraordinary journey in this movie proves that you can’t blend in when you were born to stand out.

There are some real stand out performances for me in this movie and it’s not just Auggie and Jack Will. There’s also a storyline involving Auggie’s older sister Via (Izabela Vidovic), an introverted wallflower who gracefully accepts that Auggie is the sun that her family orbits around but secretly, desperately craves validation from her parents. We also witness her drifting apart from her childhood best friend, which many of us have been through ourselves. It is utterly relatable.

I must say, initially, I was a little nervous about taking my five-year old son and eight-year old daughter. I wasn’t sure how they would react to the movie, but they really enjoyed it and left truly understanding what it means to be kind. Wonder will make you laugh and cry at the same time. I dare you to leave the cinema without a huge lump in your throat. In short, Wonder is Guilty Mother’s must see movie of 2017.

Never estimate the simple act of being kind. Be sure to go out and see this amazing story on the big screen with the family, it will have you feeling full of Wonder!

For more information, go to https://www.lionsgate.com/movies/wonder/