When is the right time to quit?

When is the right time to quit? 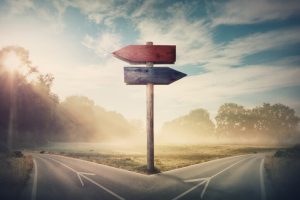 I’ve often mentioned on my blog how we should always give something a go. I personally feel it is important to push yourself outside of your comfort zone at different stages of your life.

We are often encouraged to try something new. But what happens when this something new doesn’t quite go to plan and when is the right time to quit?

Just the word quit can sound negative – so how do we convert that into a positive? At the end of the day, many of us want to feel happy and fulfilled. We want our children to feel this too – which means; we must give ourselves the space to decide what happiness and fulfilment looks like.

From the age of four, my daughter did ballet after school. I cannot recall whether it was her idea or mine (probably mine). Dance was such an enjoyable part of my childhood. Looking back, it would seem so gender stereotypical that she would too. For a few years she seemed to enjoy it, but it was fairly obvious that she wasn’t a born ballet dancer. She was more-heavy footed than light on her toes. Term after term I started to notice her interest in dance declining. Then, on more than one occasion she asked “Mama. I don’t want to do ballet anymore. Can I stop doing it now?” By the age of six, she was instead doing Taekwondo and she loved it! This ended up being much more suited to her personality than ballet.

Over and over we get told to ‘carry on’ or to ‘finish what you started’ and quitting can be seen with criticism for kids. After all, sticking with something when it’s difficult or uncomfortable can teach perseverance, discipline and confidence — all important skills to carry with us into adulthood.

Then something else happened.

My daughter had joined Rainbows in GirlGuiding UK, followed by Brownies. This lasted a good few years until once again, the conversation reared its head for another time, “I’m really not enjoying Brownies anymore Mum.” She went on to explain to me that she felt the Brownies spend quite a lot of time in the village hall, which involved craft type activities and quite honestly, that’s just not her. She craves to be outside. Week after week she had continued to show up for Brownies, but whatever spark had first been there for her was now missing. I pondered how long it may have taken her to get the confidence to tell me she wasn’t enjoying it any more? I was proud of her for drawing her own conclusion on what was right for her. She also knows she can go back as a girl guide at a later stage… if and when she wants to.

On a personal level and perhaps selfishly, I really didn’t want her to quit Brownies. They were such a lovely bunch of girls and volunteers. But, equally, why should she continue if she’s not enjoying it anymore? Is it really in our kids’ best interest to see every commitment through to its bitter end? And what if we flip that question on its head and ask if there are equally valuable qualities to be gained by learning to let go of the things that aren’t right for us?

Quitting carries plenty of stigma, even for adults, and figuring out when it’s the best choice for our children is complex. As parents and caregivers, I believe we have a duty of care to check in with our children at the start of each season and check interest level and motivation levels are still there. Gathering this insight at the beginning of the term can be useful in understanding possible changes later down the line.

Things have changed a huge amount since I was a girl. The choices of extra curricular activities for our kids has grown to an epic scale. There’s so much to do, it is almost hard to decide what to choose or prioritise. As a result, some kids are exhausted. We recently dropped Gymnastics from her weekly schedule too. Not because she wasn’t enjoying it but just because she was too tired. On that occasion, it was me, as her parent, that followed a gut instant and drove that decision. My daughter didn’t want to stop gymnastics but in turn, once we had sat down together to talk about it, we agreed it was the right decision. Something had to give. Talking it through with my daughter in advance was the best way for us to come to a joint, healthy decision that we felt was right for her and her needs.

My friend’s son recently gave up rugby on a Sunday despite being pretty good at it. However, she said the change for them as a family has been completely liberating. That didn’t mean they gave up sport completely but instead, she said he could focus on a different sport which he was more passionate about. As he was still continuing in a different sport, he was still getting the benefits of participation, teamwork and regular exercise.

The morale of this story is that, yes, it is important to follow things through, but, at any age, we see a big difference between working hard towards something you truly care about and toiling over something your heart just isn’t in.

Perhaps this is why so many adults are taking the plunge and quitting a job they just don’t enjoy anymore and taking an opportunity to start their own venture.

We talk so much about the power of saying yes, but as my friend, Olympic athlete Michelle Robinson reminds me, saying no is strong and powerful too. As my daughter gets older and takes her own journey towards the teenage world, I want her to feel confident that she can exit a path or a job or a relationship that isn’t right for her. If we start something, should we feel obligated to finish it at any cost? Even if it makes us unhappy?

This doesn’t mean our girls should quit thoughtlessly. Ultimately, we want to make room for our girls interests and passions to evolve – whatever they may be. Who knows which passions become a core purpose for them which result in being a big part of their lives. I am currently busy writing my first book which is about supporting our girls to feel happy and fulfilled. To give them space and guidance for them to personally decide what that looks like.

In some instances, quitting is the right thing to do. It could be clearing a path for them to do something else that they love — and that should be embraced as a good thing.