The Addams Family: Mansion Mayhem on Console and PC

The Addams Family: Mansion Mayhem on Console and PC 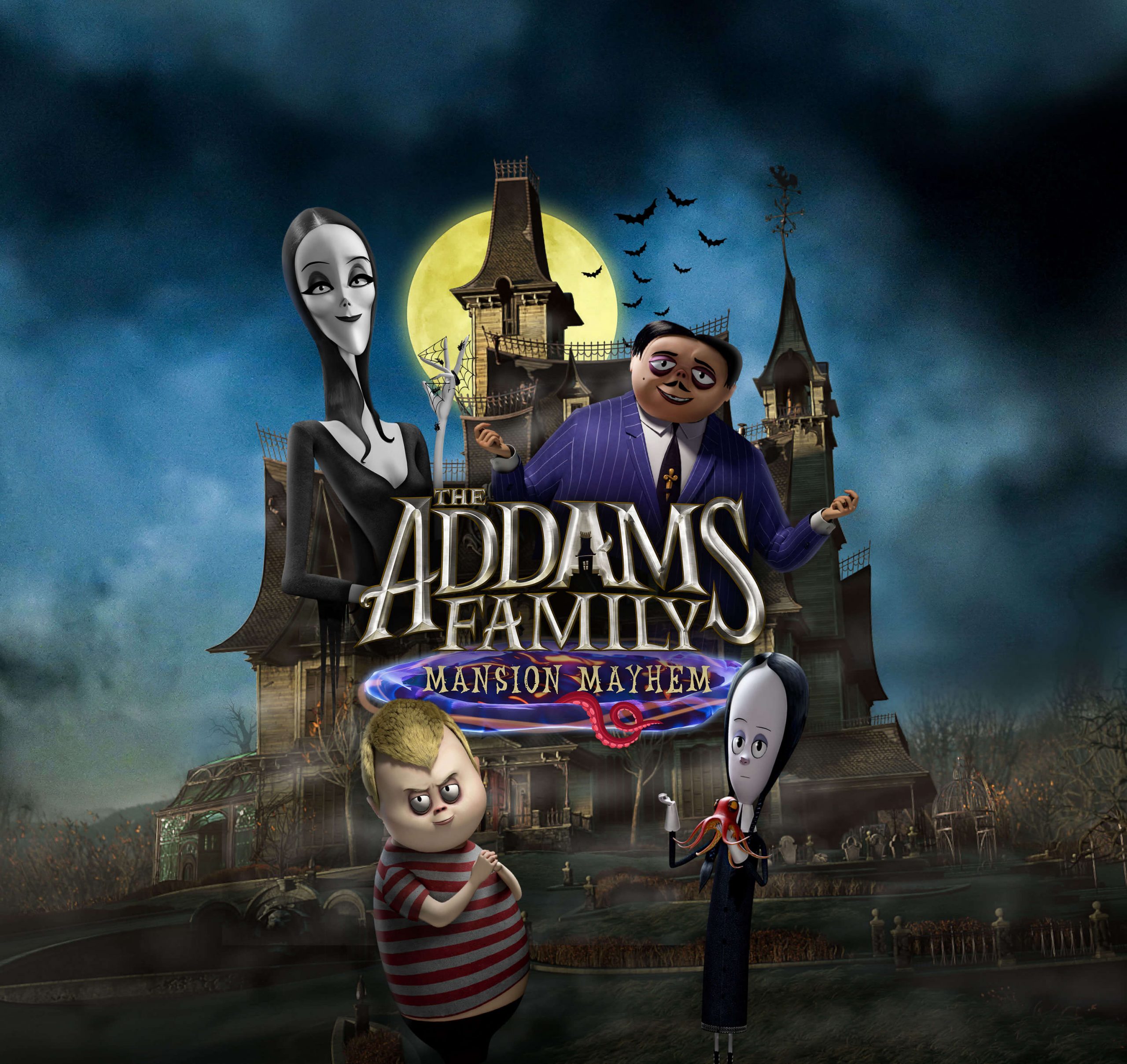 If you are anything like me, you may have grown up with The Addams Family gracing our screens. The creepy, kooky family have been entertaining us for over eight years. The ‘Addams Family’ timeless appeal has spanned generations with many fans loving the ubiquitous theme song and relating to the diverse cast that makes up the multigenerational family. The franchise, which debuted as a comic strip, has gone on to   inspire TV series, movies, comics, toys and collectables over its decades of frightful popularity.

Now, the spooky clan are back and this time they are making a new appearance through your console and PC. Addams Family: Mansion Mayhem will be the first Addams Family video game to launch on console since 2001. The Addams Family’s timeless appeal has spanned generations with many fans loving the ubiquitous theme song and relating to the diverse cast that makes up the multigenerational family. This brand-new video game features the iconic spooky family as they embark on a new adventure set in the world of the hit animated movie franchise and will be out in time for Halloween this year on PlayStation®, Nintendo Switch™, Xbox and PC digital platforms.

In this hilarious 3D platform adventure, play as Wednesday, Pugsley, Gomez, and Morticia in 4-player co-op for an exciting family game fright! Help the Addams Family save their mansion from a mysterious visitor who is dead set on taking over. Explore the mansion’s darkest depths, magical mysteries and discover secrets while utilising each character’s special abilities, including Gomez’s Mazurka Saber and Wednesday’s pet octopus Socrates. Solve puzzles together and find relics that reveal the mansion’s hair-raising history.

– JOIN THE FAMILY
Experience the kooky world of the Addams Family in an original story based on the hit animated movie franchise!

– SAVE THE MANSION
Piece together the horrifically exciting history of the Addams Family Mansion in a 3D platforming adventure!

– SOLO OR TOGETHER
Explore the Addams Mansion alone, or with up to 4 players on the same screen!

“It is very exciting to work, not only with MGM for the first time, but to work with them on The Addams Family – one of the biggest family entertainment brands of all time,” said Terry Malham, CEO of Outright Games. “For us, it is truly a delight to create a thrilling family adventure video game, with one of the most iconic and enduring families in all of popular culture.”

“Our fanbase for The Addams Family spans generations and continents, and they are always looking for different ways to connect with the characters and storyline,” said Robert Marick, Executive Vice President MGM Global Consumer Products & Experiences. “With the launch of the new game with Outright Games, we are providing fans with the opportunity to enjoy the creepy and endearing charm of Wednesday, Pugsley, Gomez, and Morticia well beyond the movie release this fall.”

The Addams Family: Mansion Mayhem launches later this year digitally and at retail for Nintendo Switch, PlayStation, Xbox and PC, just in time for Halloween (October 2021). Eighty years on, one thing is for certain, the mystery of the Addams family will never die.