Is Social Media Burning out our Teens?

Is Social Media Burning out our Teens? 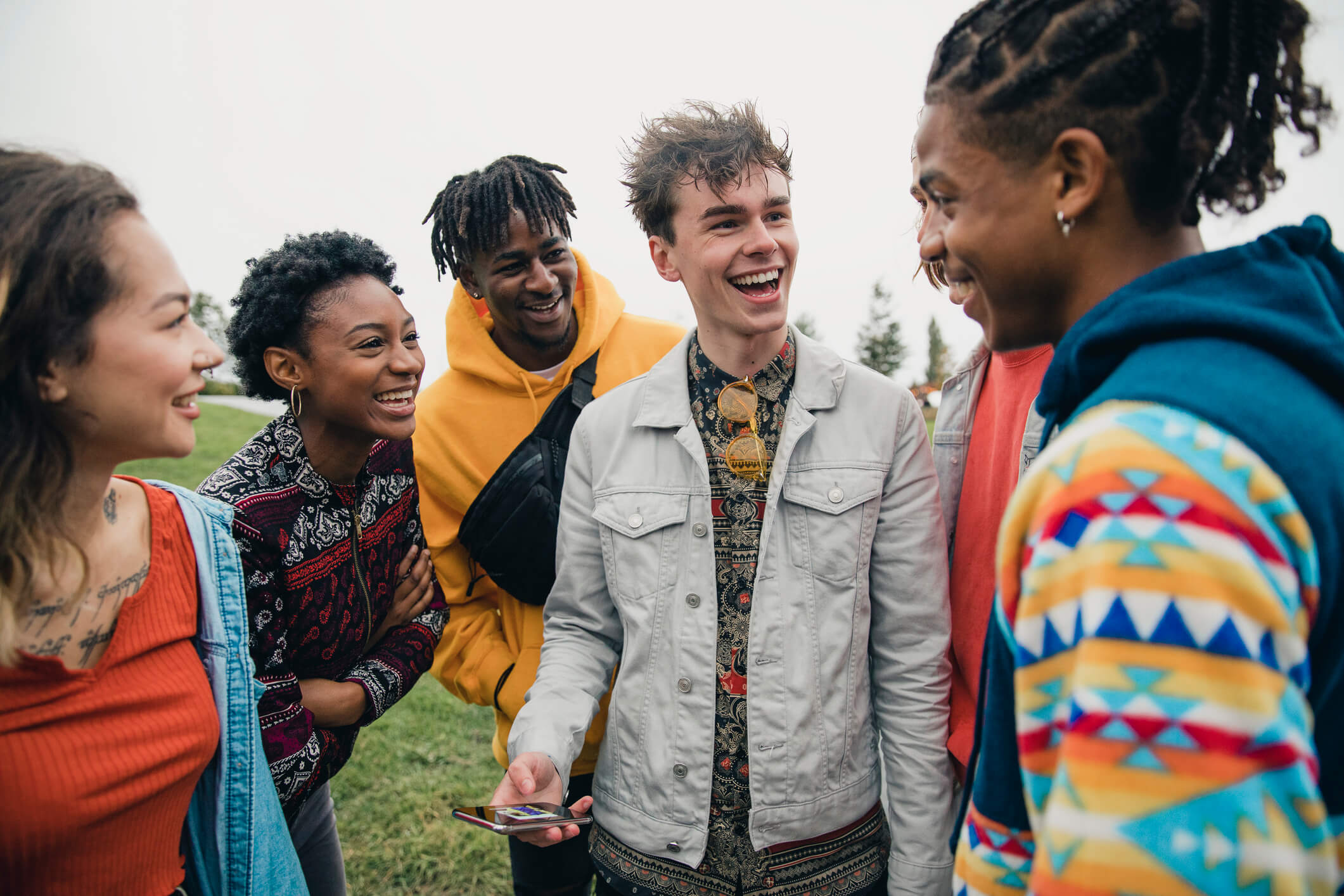 Social media has dramatically changed the way we communicate and many of us are picking up our phones at least fifty-eight times a day. For our teens in the UK, nine out of 10 teenagers use social media and in the U.S, 81% use social platforms. Social media does have its benefits, so let’s start by considering the positives. Social media gives us easy access to so much information, which can be extremely powerful. Equally, it allows us to connect with likeminded people all over the world and we can share views on the things that matter to us. Social media can be powerful and helps to motivate people and make positive social changes. More than anything, it has given young people a platform to share their voice and can be so positive is helping them to be themselves, manage risks, find their confidence and build resilience.

However, there is growing concern about its impact of social media on our mental health and the wellbeing of our young people. Social media has evolved so quickly and it is now having a deep impact on the social fibre of our lives, including our interpersonal relationships. So, what impact could this potentially have on young peoples’ emotional and mental health? Over the last few years, many experts, including psychologists have been looking into the effects of social media and the connection to mental wellbeing. There are concerns that the rise of social media has left many feeling anxious, depressed, or isolated. According to the BBC News, using social media isn’t directly harming our teens but it can reduce the time they spend on healthy activities, such as sleeping and exercising, a study suggests. A study undertaken by The Lancet Child & Adolescent Health researched a group of more than 12,000 UK teenage schoolchildren which were interviewed over three years, from the ages of thirteen to sixteen.

Teenagers in Year 9 were asked how often they checked social-media sites such as Instagram, Facebook, WhatsApp and Twitter each day – but not how long they spent using them. Most (51%) of the girls and 43% of the boys used social media more than three times a day, rising to 69% of boys and 75% of girls by Year 11. When they were in Year 10, the same young people completed a questionnaire on their mental health and were asked about their experiences of cyber-bullying, sleep, and physical activity. In Year 11, the teenagers were asked about their levels of happiness and how anxious and satisfied with life they were.

The Digital Age of Vulnerability

The earlier teens start using social media, the greater impact the platforms have on mental health. This is especially true for females. While teen males tend to express aggression physically, females do so relationally by excluding others and sharing hurtful comments. Social media increases the opportunity for such harmful interactions. Jacqueline Sperling, PhD, a psychologist at McLean Hospital who works with youth who experience anxiety disorders, about Instagram’s recent restriction. Sperling offers the example of a seventh grader whose best friend chooses a new best friend and posts pictures of the pair at the movies or on a weekend trip. “Twenty years ago, the girl may have been excluded from her best friend’s activities, but she may not have known about it unless she was told explicitly,” Sperling says. “Middle school already is challenging for students with all of their developmental changes. As they go through puberty, they’re tasked with establishing their identity at a time when the frontal lobes in their brains are not fully developed, and there is a lack of impulse control. All of this happens while their relationships with peers become more important,” Sperling says. “It’s a very vulnerable population to have access to something where there is no stopgap before they post or press the send button. I think that’s something of which to be mindful.” 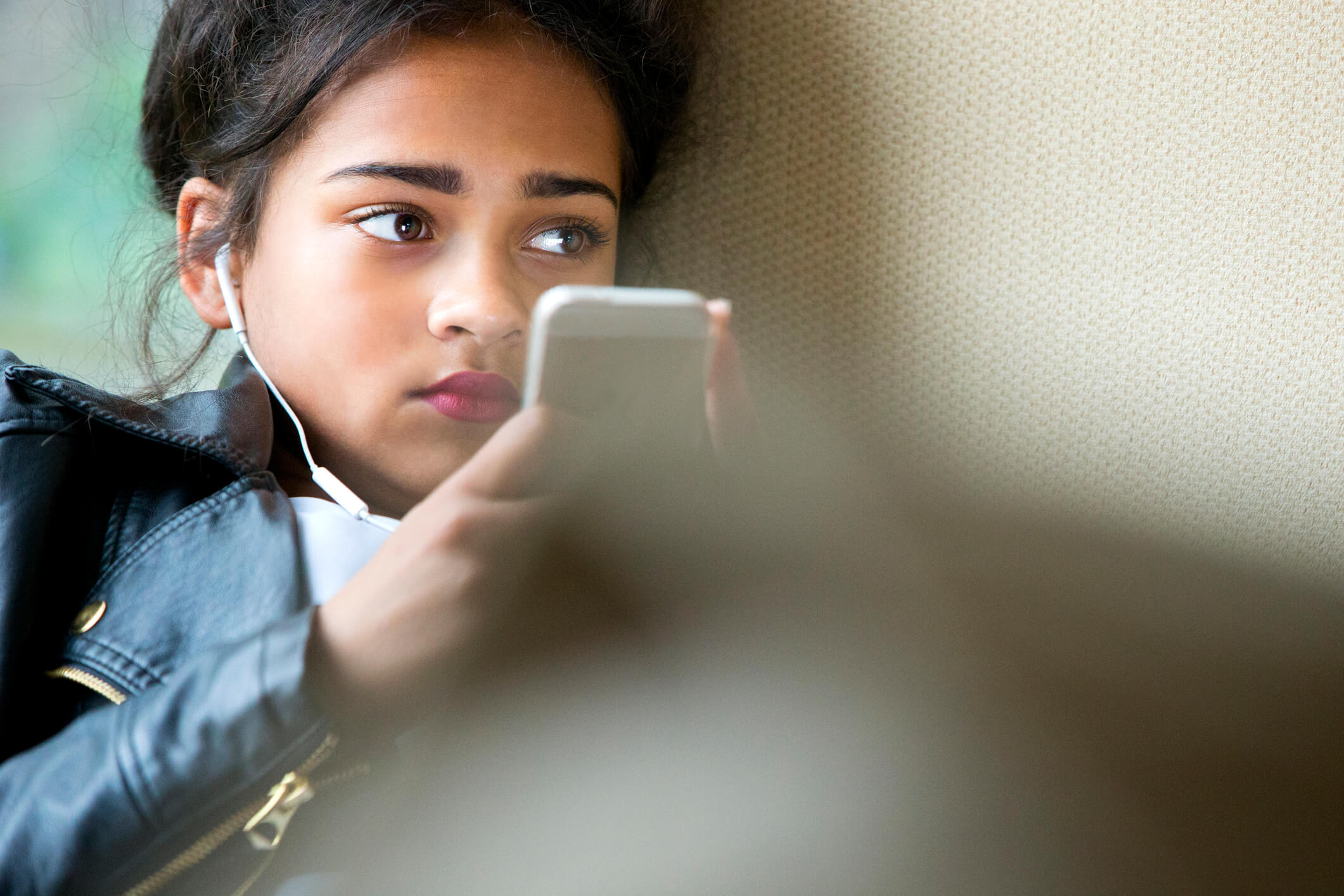 According to another recent report by the venture firm SignalFire, more than 50 million people consider themselves creators  (also known as influencers). A fast growing industry, many young people found they could create a business online through creating content. Perfect for those who found themselves stuck at home during lockdown. and this has created a new generation of young stars. When it comes to TikTok, some influencers have openly said they felt they needed to take a break from their core social platform. TikTok’s algorithm delivers fame faster than any other platform making it possible to amass millions of followers within a matter of weeks. But as quickly as creators rise, they can fall. When it comes to creating content, 22-year-old TikTok star Jack Innanen from Toronto said, “I feel like I’m tapping a keg that’s been empty for a year,” he said. Jack spends hours shooting and creating content to engage with fans and collaborate with brands. Jack, like so many Gen Z influencers who found fame online in a short space of time says he feels burned out.

Additionally, TikTok creator Sha Crow also went on to say how his friends are struggling with mental health problems and the stresses of public life. Charli D’Amelio, TikTok’s biggest star with more than 117 million followers, last year she became a target of cyberbullying which affected her mental wellbeing. She went on to say that she had “lost the passion” for posting content. She opened up about going to therapy and how it had helped her to deal with the highs and lows of her online presence. Charli spoke about her journey with therapy on a new episode of Avani Gregg’s new show ‘Here for It’ where the two had a very candid and deep conversation about cyberbullying.

A 2018 British study tied social media use to decreased, disrupted, and delayed sleep, which is associated with depression, memory loss, and poor academic performance. Social media use can affect users’ physical health even more directly. Researchers know the connection between the mind and the gut can turn anxiety and depression into nausea, headaches, muscle tension, and tremors. Although social media is not showing any signs of slowing down, here are some top tips for keeping on top of their mental wellbeing whilst online.

The NHS recommends that teens get eight to ten hours of sleep every night to help them feel healthy and rested for the day ahead. I know it is not always easy but try and encourage your teen to keep their mobile device in the kitchen overnight and not in their bedroom. This is particularly relevant when it comes to sleep disturbance and will avoid them socially interacting with friends late at night. Several studies have linked sleep difficulties to screen time. Whether it is the blue light of screens affecting sleep quality or behavioural disturbances that make young people wake to check their phones whilst in bed, keeping it out of reach is a good idea. Sleep is so crucial for the developing adolescent brain, and lack of sleep has been associated with creating a lower mood and depression.

2. Remind them to stop comparing themselves online

It is easy to get caught up in a social media bubble and find yourself comparing your life to others. Some accidentally use social media to measure themselves against and to ‘grade’ themselves in relation to their peers. Remind your teen that in many cases, social media shows an airbrushed, distorted view of people’s lives. The carefully curated images you see on social media can lead you to wonder how all your friends are so successful and how everyone is poolside in Majorca without you.

Remind them that they control their social feed, and the power is in their hands to follow and unfollow whoever they choose. Encourage them to follow people who lift them up or make them feel good and to steer away from heavily filtered handpicked snippets which are simply not real life. We are all amazingly unique in our own way and there is no need to compare ourselves to others. After all, why would you want to be exactly like someone else?

Talk to your teen about how long they spend on social media and consider whether you both feel they are becoming addictive or are driving comparison. Have some open conversations on that topic.

Social media apps like Instagram and Facebook were literally built to be addictive and drive comparison. In fact, Justin Rosenstein, the engineer who created the “like” button on Facebook even feels that he has to limit his social media usage. Sometimes, the best way to shield yourself from the potentially damaging mental health effects of social media is to use it less or take a social micro break. I promise you won’t miss out on much by taking a short break and I’m pretty confident your wellbeing will be in a better place for doing it! Why not try taking a break with your teen and see if you can achieve together? Perhaps put a reward in place such as a lunch together for when you both reach an important milestone!

Considering everything I have covered in this blog; I want to finish on a positive note. Especially as social media has been such an important tool for me to grow my personal brand and connect with others. On that note, there is compelling evidence that social media can benefit people already dealing with mental health issues by helping them build online communities that provide a source of emotional support. The UK Mental Health Foundation says it is “undeniable” that online technologies can be used to reach the most vulnerable in society, as well as helping to reduce the stigma attached to seeking treatment.

As I said earlier, remember that you are in control of your own feeds. Unfollow any pages or people who are upsetting you. Your mental health comes first. Fill your feeds with positive people and positive attitudes. You are in control! Try to avoid mindless scrolling and use that time to contribute, share and interact with the people or the campaigns that matter to you.

If you discover any criminal content when you’re online, you should report it to the Internet Watch Foundation